Esmé Roding is a professional makeup artist / hairstylist, based in the region of Rotterdam city, The Netherlands.

After 17 years of teaching experience in primary education, she decided in 2013 to make a switch in her career as she found herself fascinated by the artistic side of makeup and hairstyling in fashion.

To become part of this inspiring industry she attended at different makeup and hair schools. In 2016 and 2017 she attended at high-end schools B-Academy and House of Orange in Amsterdam, where she could excel her creative talents.

Esmé is an inspirer and great team player with strong communication- and interpersonal skills.

She has a unique passion for people of all walks of life and has demonstrated how versatile she can be in her profession.

Being fluent in English, she communicates easily with international clients.

In 2017 she was part of the makeup team of DJ Armin van Buuren’s biggest show ever: “The best of Armin Only” at the Amsterdam Arena where she took care of the makeup of several dancers, musicians / singers, including the members of rock band Kensington, Mr. Probz and other artists. 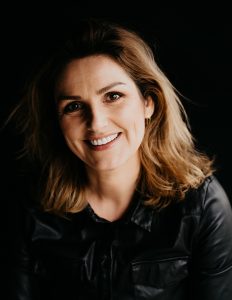